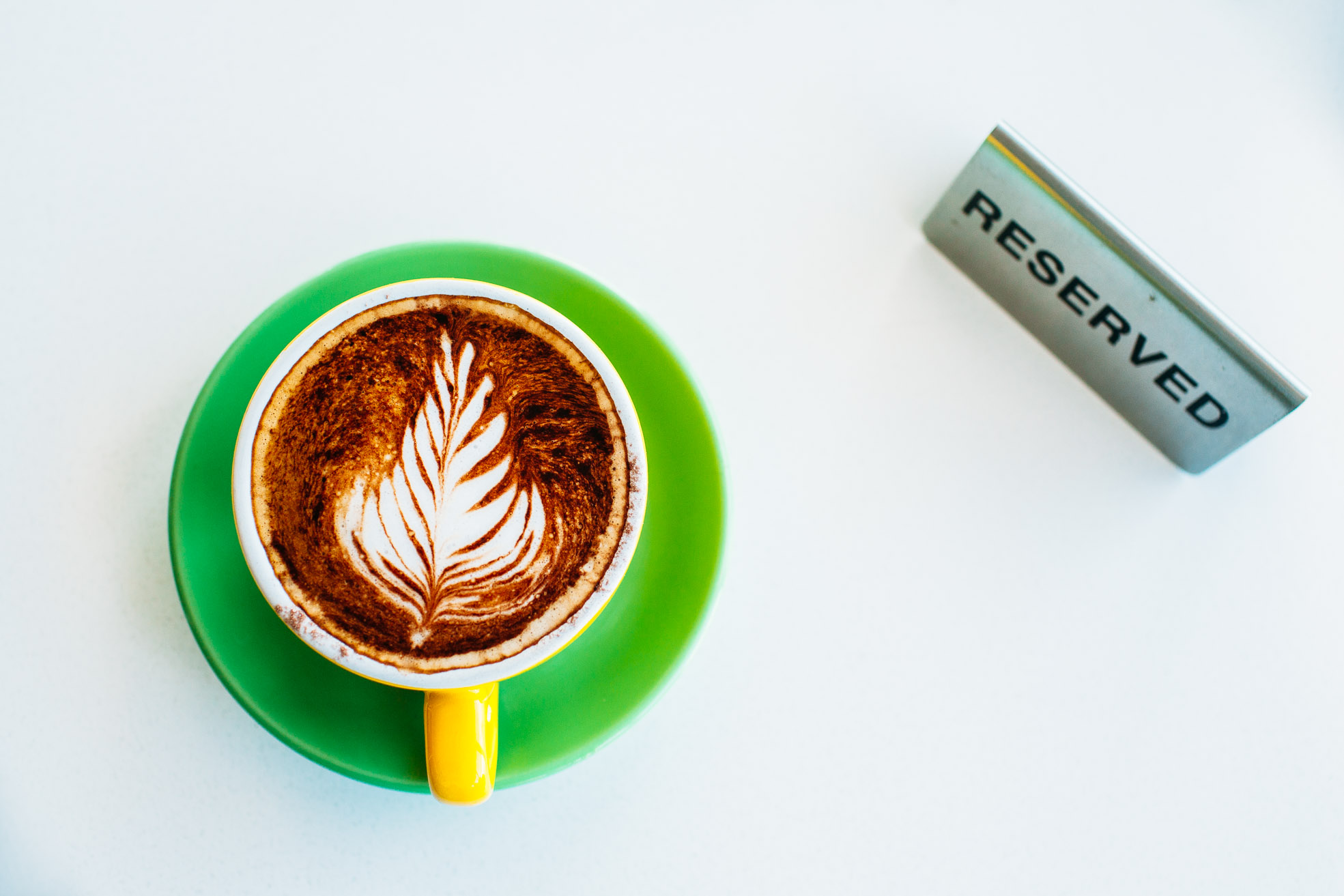 The difference between a flat white and a latte.

When it comes to those of us who love our coffee served with a healthy side of frothy hot milk, it’s unarguable that we’ll generally fall into one of two camps: latte drinkers or flat white drinkers.

Obviously, only one of these is the right way to drink milky coffee (ahem, flat white).

Friendly rivalry and jokes aside, what’s the difference between the two anyway? It’s a great question, and one we’ll explore in this blog. (NB. We lied. We won’t be putting the coffee jokes aside).

You know we all would have hated ourselves if we didn’t get that pun in there somewhere.

We’ve had a chat about the flat white pretty extensively in one of our previous blogs, so we thought it’d be good to provide a little background on the latte too.

Latte as a coffee term first started to be used back in the 1980s, but was actually just a reference to the Italian notion of a caffe latte – a traditionally warm and milky drink, typically served for breakfast. The latte would usually be made with one shot espresso brewed with a stovetop espresso maker. Over time, as second and third wave coffee shops have popped up, the latte has taken on a more common consumption, made with one or two shots of espresso, layered steamed milk, and a foam top.

To understand what the fuss is about when it comes to the latte versus flat white debate, it’s good to know what we’re dealing with. So, let’s start with a quick summing up of what makes up a latte and what makes up a flat white:

Quick intro on microfoam if you’re not sure what we mean by that: Microfoam is made up of much smaller bubbles and tends to be glossier and smoother, than the ‘dry’ and thicker foam of a cappuccino. Microfoam should have a smoother, more velvety texture to taste. Generally speaking, both a latte and a flat white should have microfoam, but lattes tend to have more of it making it seem thicker.

Now we’ve got that clarified, it’s pretty easy to see what the two main differences here are:

A FLAT VIEW OF THINGS

Yeah, we know that pun’s a bit more tenuous, but we’re rolling with it. Get on board.

From a first glance, because of the espresso to milk ratio, it seems logical to assume that a latte is probably weaker than a flat white in terms of coffee taste. More milk must equal a greater dilution of that delicious espresso, right?

Well, not quite. Just to throw a spanner in the works here, looking at these drinks only in terms of the espresso versus milk ratio is a little flawed. We also have to take into account the amount of foam. Even though a latte is served in a tall glass, it also comes with more foam – and espresso doesn’t (if you have a skilled barista) mix with the foam. More foam equals less milk, equals less dilution overall.

Just to hone the point, let’s consider the cappuccino (bet you didn’t think that would be making an appearance in an article about lattes and flat whites). Cappuccinos are typically made with one shot of espresso and a much thicker, denser layer of foam. This reduces the milk concentration creating a much stronger coffee drink.

Basically, we’re saying that the foam ratio makes a difference. So before you write off the latte as the weakest of our milky beverages, be sure to consider the all-important foam.

SO, WHICH IS BETTER: LATTE OR FLAT WHITE?

While we covered some ‘typical’ drink ratios for these beverages, the truth is many coffee shops and baristas will have their own ways of doing things, and there really is no absolute ‘right’ way of serving these drinks: it all comes down to personal preference.

Although we’ve hit home about the importance of foam, there is a general consensus that as a smaller drink, the flat white tends to be a little stronger tasting than the latte. It’s also pretty common for many third-wave coffee shops to serve the flat white with two shots of espresso (most commercial coffee machines serve up espresso as a double shot these days) so it does seem, foam aside, the flat white is a stronger drink in terms of coffee content.

With that in mind, if you enjoy exploring the taste and different nuances of coffee flavours, but also want a milk-based beverage, then the flat white could be the perfect match for you. If you want a milky beverage but are steering clear of dairy, it’s also worth knowing that plant-based dairy alternatives produce less foam so they can go hand-in-hand with a drink that requires less foam: the flat white.

Objectively, is one drink better than the offer? No. Of course not.

That’s a guaranteed win when it comes to getting the coffee you want, no matter how you’re drinking