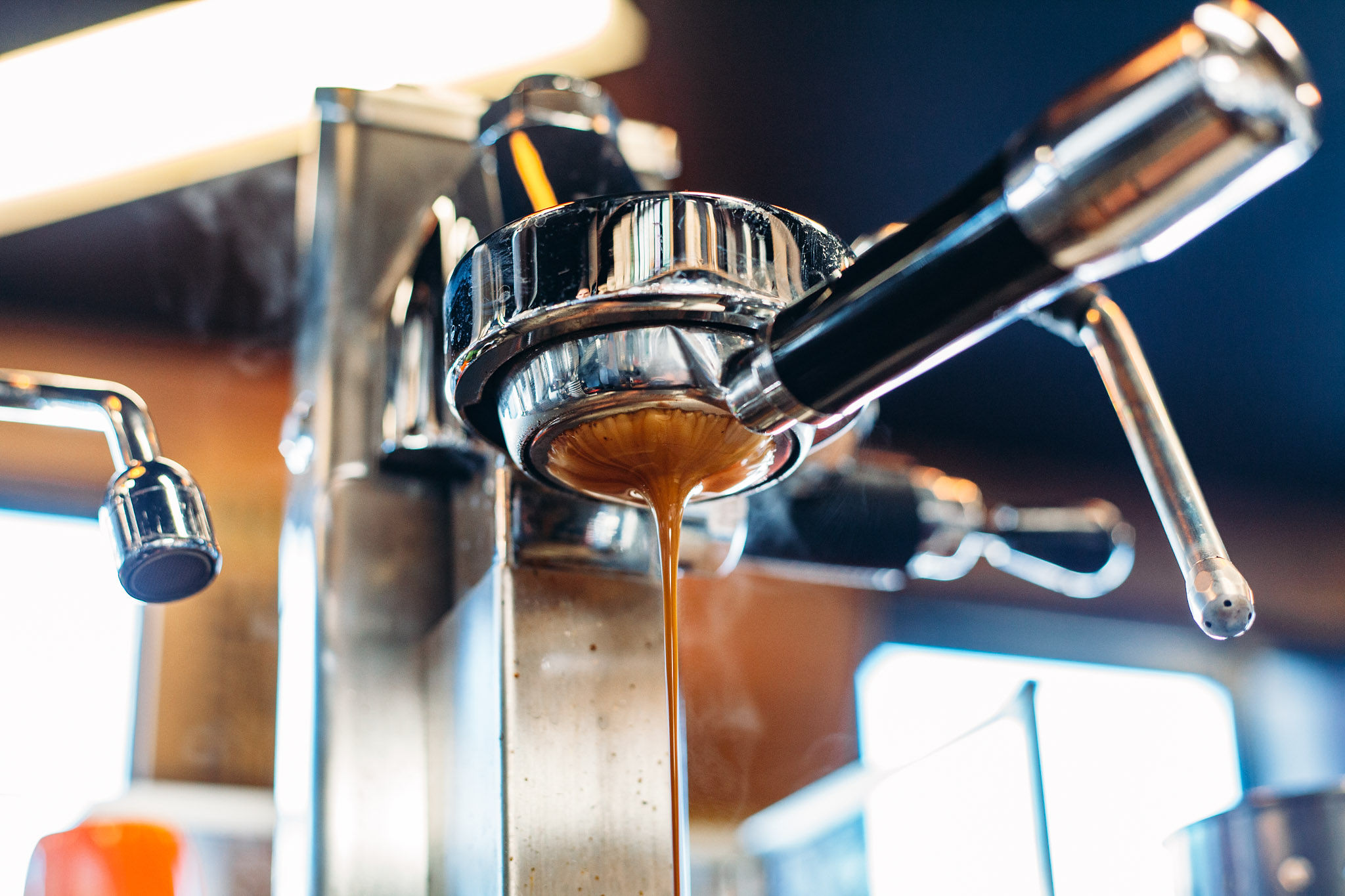 How ever you decide to take your hit in the morning, the espresso you use – and how much – can make or break your coffee. That’s why we think a little bit of education around the caffeine content in said espresso shot(s) can never be a bad thing.

And that’s exactly what we’re going to cover in this blog.

A GOOD RULE OF THUMB

Before we dive deep into this topic, we wanted to lay down a more general foundation for the caffeine in a shot of espresso. So, without further ado, let’s assume:

It’s important to point out that most coffee – whether you make it yourself at home, or visit your favourite barista – contains a minimum of two shots of espresso. Even milky coffees, such as a latte, are typically made with a double shot.

Another good-to-know is that any figures (such as the above) will always be estimates of the amount of caffeine that actually ends up in your mug due to the sheer amount of variables including the type of bean, roast, and grind.

Now we’ve laid the groundwork, let’s take a closer look at some of the variables.

We’ve touched on this topic a little in one of our previous blog posts, but just to make sure we cover all the bases we’re bringing you the information in more detail (and you came to read about espresso specifically, right?)

1. The Amount of Coffee You Use

Another rule of thumb for you to follow: a single shot of espresso will usually equal to about 7g of beans, and a double should be about 14g of beans.

It’ a bit of a no-brainer that the number of beans you use will likely have the biggest impact on the amount of caffeine that ends up in your espresso shot.

2. The Type of Coffee Bean

The second biggest factor impacting the amount of caffeine your espresso is the type of bean you use. The two most popular types of bean and the most likely you’ll use are:

Robusta coffee beans can contain up to twice as much caffeine as Arabica beans. Some researchers found that Arabica beans contained between 34.1-38.5g of caffeine per kg, compared with 68.6-81.6g in Robusta beans. The researchers theorised this might be due to the lower altitude climates robusta beans grow in, and thus they needed to be hardier and resistant to pests.

It’s unusual to find 100% robusta beans in Western countries, compared to places like Vietnam, so it’s worth checking out what your label says if you’re after that strong caffeine fix via your espresso.

3. The Type of Roast

There’s a little misconception running around the coffee rumour mill that lighter roasts contain more caffeine due to the roasting process and that the caffeine doesn’t get ‘burnt away’.

The sort-of sciencey bit: During the roasting process, coffee beans lose mass. The density of beans change and beans that are roasted for longer become less dense. You end up with more beans by mass with a dark roast.

How does this change the caffeine in your espresso?

The truth is that caffeine is extremely stable during the roasting process, so any difference is quite negligible. Who knew!

Extraction is just the fancy word for when you brew your coffee with hot water, and the compounds from said coffee become absorbed by and dissolved within said hot water.

During the extraction process, caffeine is one of the compounds that gets absorbed – and it’s actually one of the quickest compounds that this happens with. Again, how quickly exactly this happens is somewhat variable (think exact water temperatures, materials used – you get the idea). But it makes sense that the longer you brew – or extract – for, the more caffeine you’ll end up with.

HOW DOES THE CAFFEINE IN ESPRESSO COMPARE WITH BREWED COFFEE?

The biggest reason for the difference in caffeine content between an espresso and a brewed coffee is the amount of ground coffee you use.

Compared with a standard 14g of beans for a double shot of espresso, the average amount for a brewed coffee would be between 15 and 25g of beans. The more beans you use, the higher the caffeine content.

Just doing a basic bit of (bad) maths, if a double shot of espresso at 14g contains 150mg of caffeine, but a strong brewed coffee contains 25g of coffee, you’re looking at a caffeine hit of around 265mg (give or take).

So, if it’s the caffeine fix you’re after, a brewed coffee could be the best option in the morning. But keep in mind all of the above variables that impact the caffeine in espresso coffee, also impact brewed coffee.

(We never said this was going to be straightforward!).

SO, WHY DO WE THINK ESPRESSO IS STRONGER?

The golden rule when it comes to coffee is how you drink it.

With a brewed coffee, we tend to sip and take our time, so we get our caffeine fix over a longer period. With espresso, we tend to drink it pretty quickly, so we’ll feel the effects of the caffeine quicker.