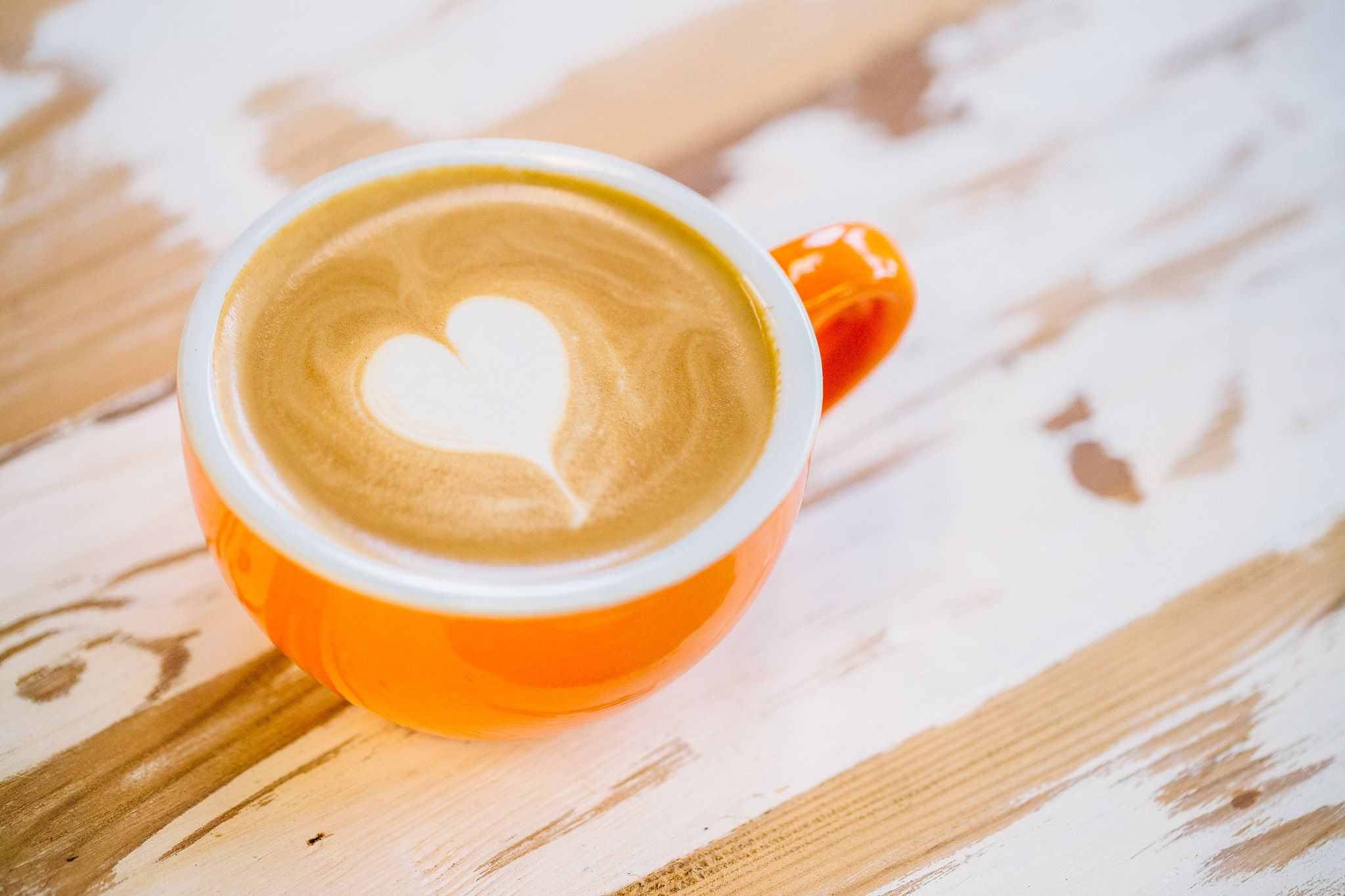 in any Australian – and now global – cafe. Having taken the international coffee market by storm over the last few years or so, it seems the humble flat white is definitely here to stay.

But where did it come from and why should you put it on your own personal caffeine menu?

FIRST THINGS FIRST, WHAT EXACTLY IS A FLAT WHITE?

A flat white typically consists of one shot (occasionally two) of espresso, topped up with hot milk. Most cafes serve this in a six or eight-ounce ceramic cup, straight up as it is.

No intense foam. No chocolate sprinkles. No added fancy extras.

The origins of the creation of the flat white is a hotly contested issue in the coffee industry, with the main contenders for ownership being in Australia and New Zealand.

It’s definitely fair to say it originated in this hemisphere, as the United Kingdom and America didn’t really catch on and add it to their menus until the last few years. There are many theories about the why, when and who behind its first appearance. To hone in on a few of the most prevalent:

Whoever we have to thank for the flat white’s emergence onto the coffee scene, it’s fair to say there is many a coffee drinker who’s grateful.

HOW DOES IT DIFFER FROM A LATTE OR CAPPUCCINO?

The flat white is often likened to a latte or cappuccino as a member of the milky coffee drink family, but there is a slight nuance to how it’s made. As with most things, this nuance can vary depending on where you’re drinking and who’s making it.

To clarify the basics:

Like the cappuccino before it, the flat white is best served small – some cafes even go as short as a 5-ounce cup – so you can really get the benefits of the perfect blend between espresso and milk.

While the distinction between a flat white and a cappuccino is pretty obvious for most, it becomes a little more contested when comparing it with a latte.

Many coffee connoisseurs argue there is very little distinction between the two, with a lot of baristas making the coffee beverages in the same way. Some cafes even serve their lattes and flat whites in the same cups, rather than distinguish between the two with the standard glass versus ceramic servitude (we know, just seems wrong right?).

IT’S ALL ABOUT THAT FOAM

One thing many baristas do agree on when distinguishing between the so-called milky coffees is the foam content. A flat white should have a very minimal amount of foam on top, and not only that, it needs to be ‘microfoam’.

What is microfoam? We’re glad you asked.

Microfoam is made up of much smaller bubbles and tends to be glossier and smoother, than the ‘dry’ and thicker foam of a cappuccino. Both a flat white and latte typically have microfoam, but many agree that a latte should have marginally more of said foam, than a flat white.

We’re pretty much all in when it comes to the flat white, and whether you believe there is a strong distinction with a latte or not, it’s definitely a beverage that will continue to reap a lot of attention on the coffee circuit for all the right reasons.

THE BEST BEANS TO USE AT HOME

Whether you’re already a flat white convert or you’re thinking ‘Hmm, sounds good’ after our little history lesson, creating the perfect flat white at home is going to be all about the beans you choose to make your espresso.

The ‘best’ beans can be a very personal decision. Which is basically our way of copping out of telling you which beans to buy. What we can offer is our very handy coffee quiz to help point you in the right direction.

Typically, a flat white should be a little smoother in taste but hey, if it’s behind closed doors, who’s to say you couldn’t go crazy and create something new? The coarse white? The flat black?