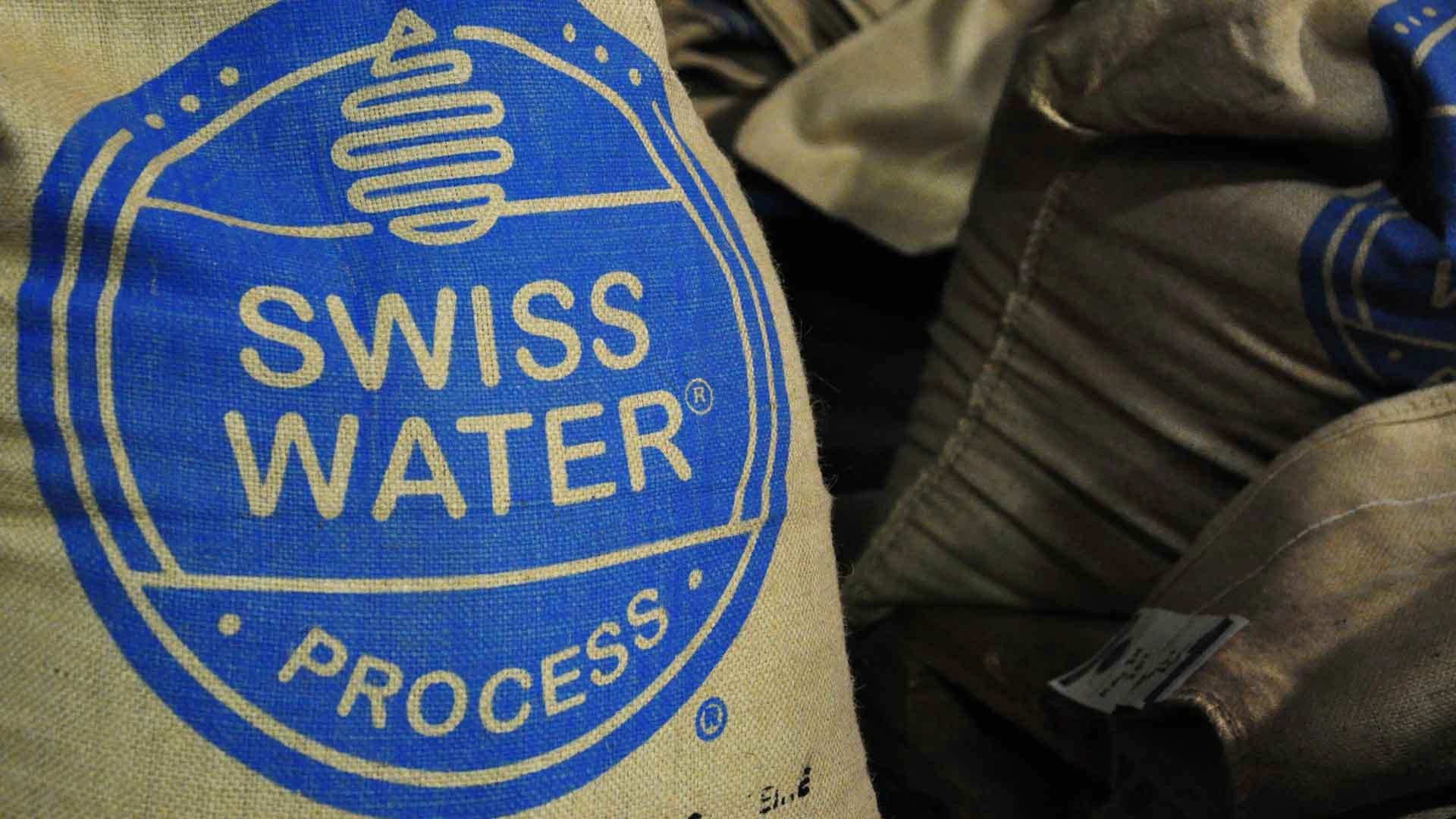 Coffee drinking is a tradition that has been around for hundreds of years. This tradition dates back to the 15th Century when the drink was first noted in Arabic records.

Since then, coffee has come a long way. Growers have developed new varieties of coffee and companies have come up with coffee blends that satisfy every type of taste.

First Things First: An Overview of Coffee and Caffeine

To truly understand swiss water coffee, it's important to understand a bit about caffeine and its chemical structure. Caffeine is an alkaloid that occurs naturally in plants.

Caffeine acts as a stimulant in humans but for plants is an important defence against bugs and animals that would eat their leaves, stems, and roots. Caffeine is in the same family as nicotine, morphine, and quinines.

Many people choose to purchase decaf coffee so that they can avoid caffeine. However, if you're going to buy decaf coffee you should know that it still contains roughly 2-4 milligrams of caffeine.

The History of Decaf Coffee

So, we know that coffee contains caffeine and that decaf contains less caffeine than regular brews. However, when did decaf coffee first come about?

Ludwig Roselius's decaffeination process involved steaming coffee beans using acids and water. Then, he added a solvent to dissolve the caffeine from the beans.

Today coffee manufacturers no longer use Roselius's method. That's because the compound he was using as a solvent, Benzene, is considered a carcinogen. 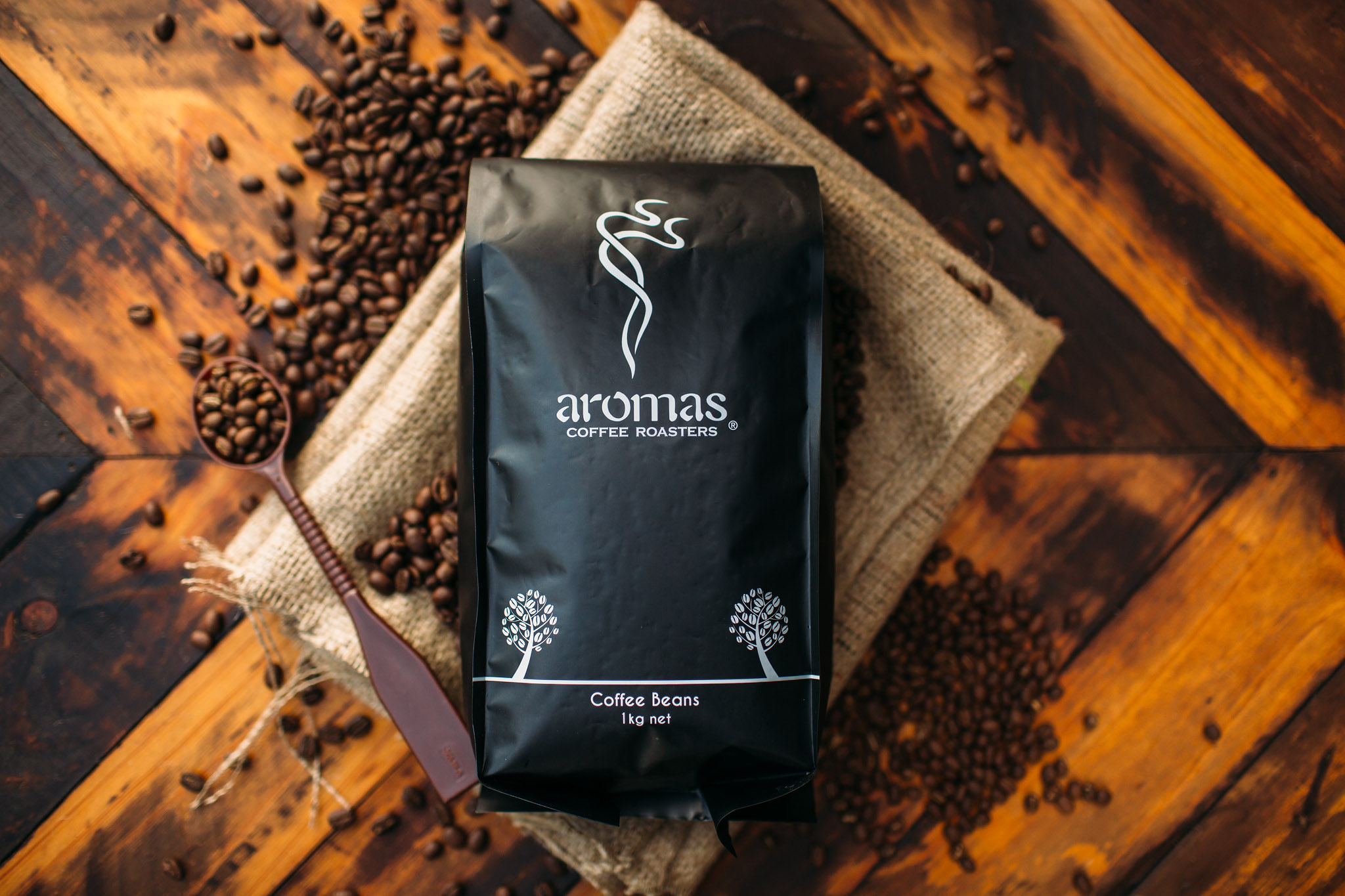 What Is Swiss Water Decaf?

So, now that we know what decaf coffee is and how it was invented, let's talk about swiss water decaf. Swiss water is a decaffeination process that is chemical-free and environmentally friendly.

The method decaffeinates coffee using only water. The process was first invented in the 1930s and requires just four simple steps to remove caffeine from coffee beans.

Even though the swiss water process has been around since 1933, it wasn't until recently that this process gained popularity. Since more people are now looking for environmentally friendly decaffeination methods, they are turning to the swiss decaf method.

The first step in the swiss water decaffeination process is to separate the beans. Coffee manufacturers soak a batch of raw coffee beans in piping hot water.

The water helps separate the caffeine content from the beans. This is done to create a green coffee extract, sometimes referred to as GCE.

Next, coffee manufacturers filter the remaining water through charcoal. Charcoal is an extremely porous materially that can naturally separate the caffeine from the water solution.

At the end of the filtering process, what remains is a green coffee bean extract. The extract is caffeine-free and flavourless.

The next step is where things get interesting. After filtering out the green coffee extract, manufacturers place a new batch of green coffee beans in the extract.

As the beans soak in the extract, they pull the caffeine out of the new beans. And, as they do so, they infuse a rich coffee flavour into the beans. This is the flavour that they pulled out of the first batch of green coffee beans.

Once the beans are infused with flavour and no longer contain caffeine, manufacturers once again filter the extra through charcoal. This removes the caffeine so that it can be used to decaffeinate other beans.

After manufacturers remove the soaked beans from the water, they're ready to dry them. At this stage in the process, manufacturers are ready to roast their beans and brew them into a delicious drink. 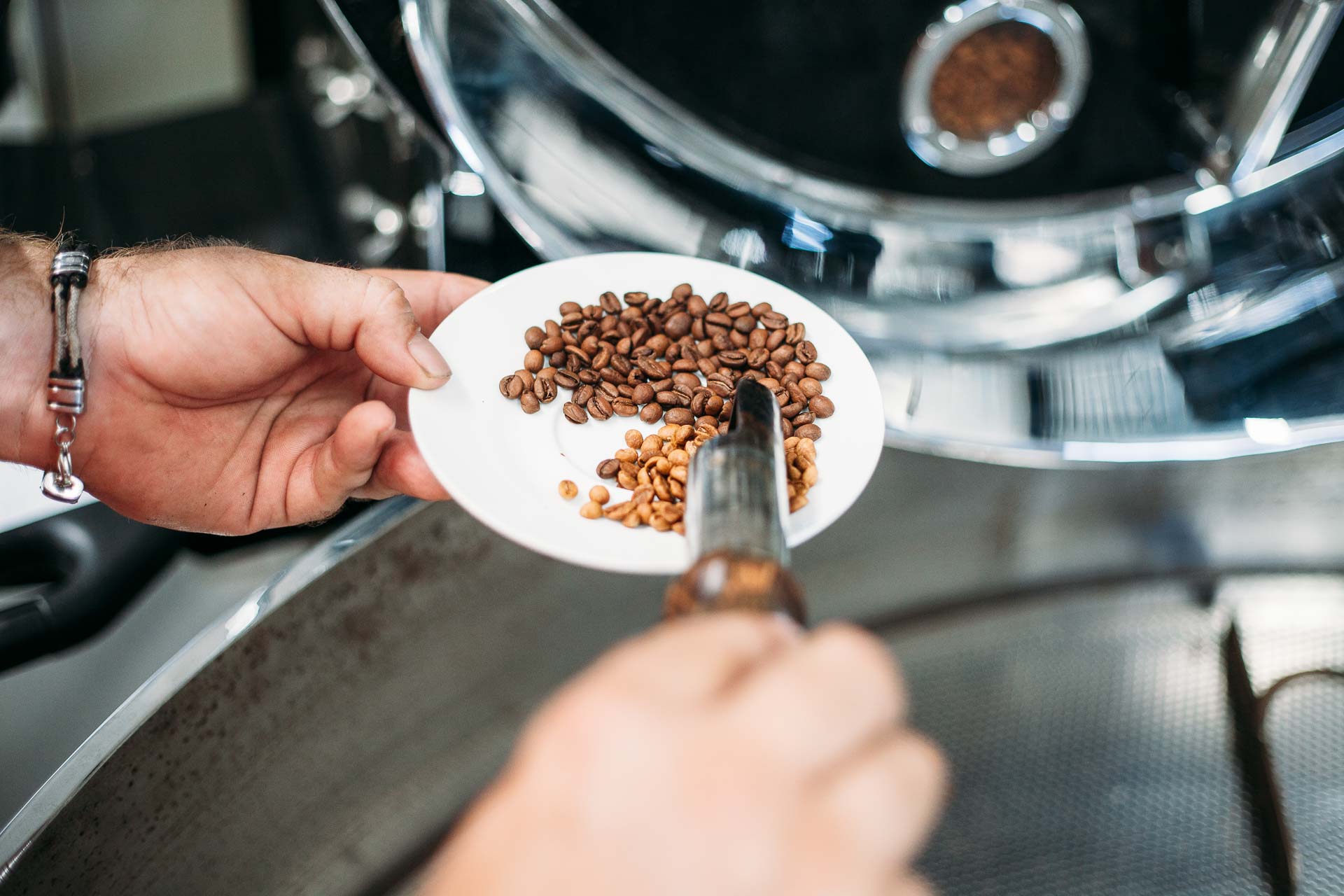 Caffeine is sometimes associated with disrupted sleep. When you drink caffeinated beverages before going to sleep, you can struggle with insomnia and restlessness.

However, decaf coffee provides better quality of sleep than caffeinated coffee does. You can sit down to sip on some swiss water decaf before going to bed without worrying about being up all night.

Caffeinated coffee can cause the heart to race and the mind to become more alert. While this is great for getting you out of bed in the morning, it's not so great if you struggle with anxiety.

These effects of caffeine can cause people with anxiety to have panic attacks. Or, they may struggle with worsened anxiety symptoms or increased feelings of stress.

Swiss water decaffeinated coffee, on the other hand, contains almost no caffeine. That means that it doesn't cause these issues and can be a safe beverage for those who struggle with anxiety.

The reason that caffeine-free coffee is so significant is that it is safe for those who love their coffee fix but can't drink caffeine. Pregnant or breastfeeding women can enjoy the taste of coffee without any of the risks.

Regular coffee is famous for having high antioxidant levels. However, decaf coffee still contains a lot of antioxidants, especially when it's decaffeinated using the Swiss water process.

Antioxidants are important for preventing the onset of cancer and other diseases as well as slowing the effects of ageing.

Interestingly enough, there are some studies that show male decaf drinks may be at a lower risk for developing colon cancer. Similar studies in females show a reduction in breast cancer in women who drink decaf coffee.

Another important benefit of swiss water decaf is that it reduces your risk of developing diabetes. Since swiss water decaf coffee contains lots of antioxidants, it can help protect your body from cell damage that leads to diabetes.

Caffeine has long been associated with heart conditions. Strokes, heart attacks, and irregular palpitations are all issues that can be caused by or worsened by caffeine consumption.

In contrast, decaf coffee doesn't contain as much caffeine. That means that you have a lower risk of developing these heart issues due to consuming your favourite morning brew.

Did you know that coffee may contribute to preventing mental decline as you age? That's right! Coffee has been linked to reduced risk of Alzheimer's and other mental declines.

The reason for that is that coffee contains polyphenols. Polyphenols are responsible for boosting cognition and memory.

While some decaffeination processes remove polyphenols, Swiss water decaffeination does not. That means that you can get all the benefits of regular coffee from drinking your favourite decaf coffee.

Lots of decaffeination processes are not environmentally friendly. They produce harmful by-products that can damage the environment and lead to serious issues.

Swiss water decaffeination, in contrast, is an eco-friendly process. The process uses only water, charcoal, and green coffee beans and doesn't create any harmful waste.

Plus, once you've created green coffee extract, you can reuse it to produce more Swiss water coffee down the line.

Another great benefit of decaf coffee is that it's low-calorie. Decaf coffee is completely sugar-free and fat-free, making it great for anyone on a diet or trying to eat healthily.

Coffee is a great source of hydration. Previously, many people made claims that coffee is a diuretic.

However, that has recently been proved wrong. As such, coffee is a great way to hydrate your body even if you don't like water! 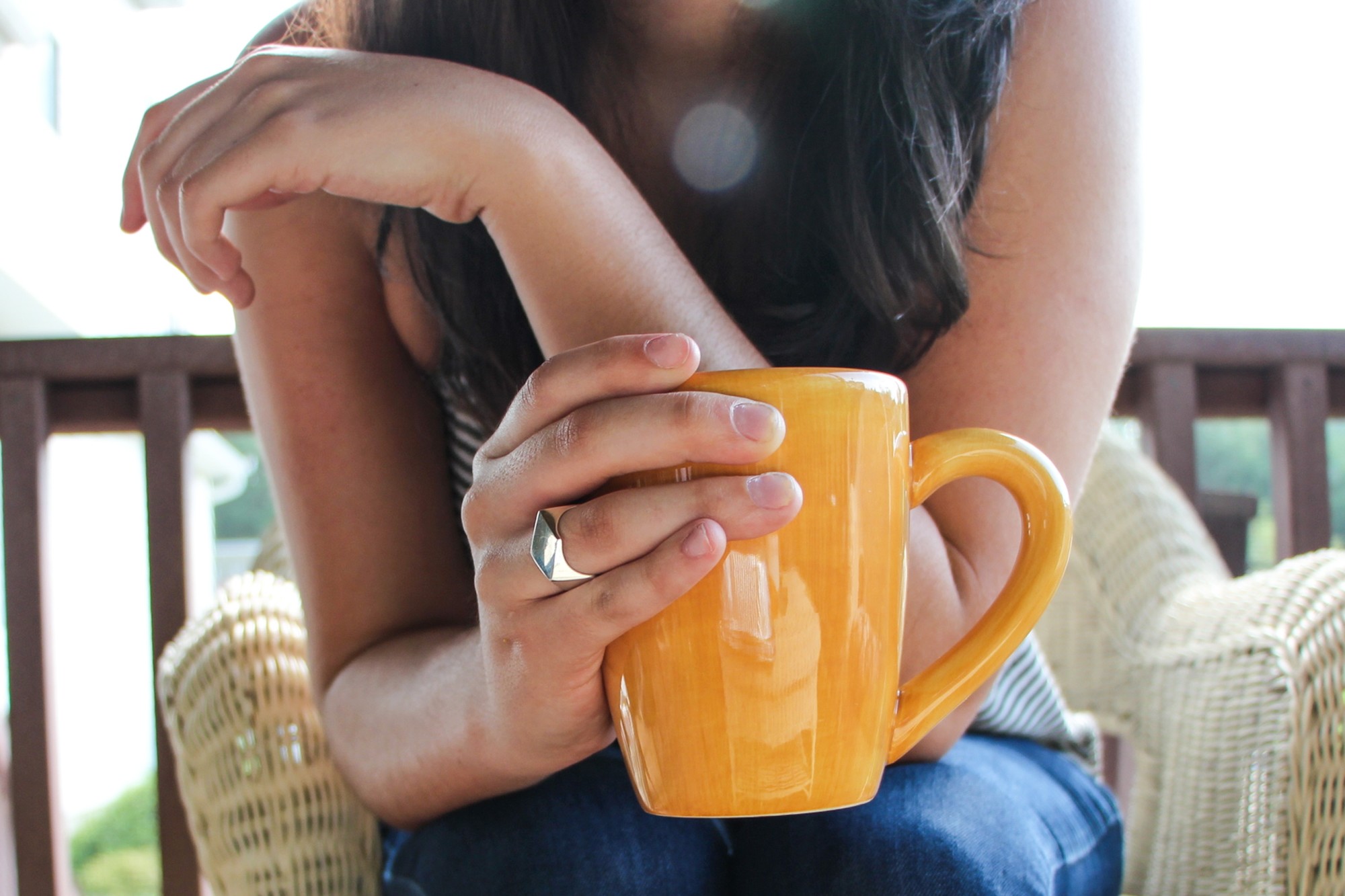 What to Look for in Swiss Water Decaf Coffee

If we've got you convinced that you need to buy some Swiss water decaf, we're not surprised. However, before you race out to buy this beverage, it's important to know what to look for.

To help you out, we've put together a list of a few things to keep an eye out for when shopping for Swiss water decaf. Here's what you need to be searching for.

Some Swiss water decaf products also have the official Swiss Water logo on them. Keep an eye out for these details when hunting for your Swiss water decaf to make sure you're getting the product you think you are.

Just remember that if you're going to buy organically grown coffee that you look for certified products. Look for bags of coffee that are labelled as organic or that have a certification attached.

Free of Mycotoxins and Mold

Did you know that many types of coffees contain mycotoxins and mould? When you ingest these toxins you can experience brain fog, fatigue, cold symptoms, and tons of other health issues.

The best way to avoid these issues is to look for a brand that conducts testing for these contaminants. Look for brands that are transparent about their growing and roasting processes as well as how they QC their products.

Finally, you should look at the antioxidants in your coffee. Some growers and suppliers take extra steps in processing their coffee beans so that they maximize the number of antioxidants in the beans. Antioxidants are important because they give coffee health benefits.

The trouble is, however, that many decaffeination methods reduce the antioxidant levels of your favourite brew. The roasting process also reduces the number of antioxidants in your coffee.

If you're going to purchase some quality Swiss water decaf, look for coffee growers and producers that process coffee to maximize antioxidants.

Sip on Some Swiss Water Decaf

Are you wanting to purchase your own Swiss water decaf beans, pods, or grounds? Get in touch with Aromas Coffee and we'll get you hooked up with this incredible coffee.